15 years ago I fell climbing a ladder and hurt both a leg and my shoulders. I saw many doctors who said I had internal inflammation and due to my age it was the beginning of Arthritis. I was prescribed with pain killers which I have relied on for 15 years. I couldn’t walk long distances or work for long periods of time without excessive pain.

My daughter recommended S&S and I started taking the anti-inflammation supplements. After only 3 weeks the pain faded and within 6 weeks it was gone completely. Now I can walk from my home to church and my local market. I can even skip rope and exercise every day. S&S has made my life better and made me more cheerful.

"Overall, my life is better. I feel more alert and not tired all of the time."

In October 2019, I bruised and badly injured my wrist. It was about 2 inches in diameter and was very swollen. I saw my GP who suggested pain killers. I don’t like to take chemicals and I was eventually referred to Dr. Anabtawi’s clinic at Strength & Spices.
I visited him and after testing me he diagnosed me with both internal and external inflammation. He gave me a totally natural anti-inflammatory food supplement to take for one week. After 5 days the swelling went down, and the pain was gone.
After a week I visited his clinic again and told him about my consistent fatigue and general tiredness. He did a full body test for all minerals and vitamins and found a deficiency of iron, manganese, and zinc. He suggested an immune system booster which I have been taking ever since. 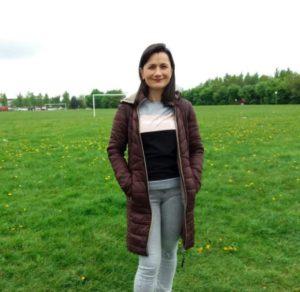 “As a mother to a child with a disability, the second best thing to happen to me after giving birth to Dan is to meet Dr. Anabtawi. He gave me help and supplements for Dan that is helping him in ways where I never thought I would see.”

My 5-year old son was diagnosed with Arthrogryposis, a disease that affects both muscles and bones. He was classed as handicap and has undergone numerous operations. He was unable to walk without the use of a tripod as his legs can’t support the weight of his body.

Six weeks after Dan started on three of S&S’s supplements, as well as daily massage and walking attempts, he was able to take a few steps by himself. Four months later, he is able to walk around 100m without his tripod. His is making progress each day, something I never thought I would see.

"It has taken two years, but I am a new person!"

Working as an engineer, I had an accident at work that forced me to retire a few years ago. Not only did I go into a coma for 4 months, but I ruptured my muscles and lost sensation in parts of my body. Adding to this I am a diabetic, suffer from insomnia, and am crippled with arthritis.
Two years ago, my consortium of doctors said that I would be on pain killers for the rest of my life. I became depressed and suicidal. I was eventually referred to Dr. Anabtawi.
He tested me for my minerals and vitamins and took my medical history and reports before he started his plan. After 2 years of extensive work on me, and after 5 months of continuously taking his anti-inflammatory mixture, he treated my arthritis.

The next time I went to visit my GP he invited Dr. Anabtawi to join to find out how this could happen when I was on record to be on pain killers forever!He relieved me from my depression medication by giving me the Anti-Anxiety Food Supplement. I am now also able to sleep 6 hours a night. He restored my overall health with the Immune System Booster. I am no longer afraid of getting COVID-19 because I know my body can fight it!He restored the sensation in my legs and shoulder by giving me the blood circulation mixture. This one is a super product and restored my sex desire so now even my girlfriend is happy again! I am even able to go to my gym 4 times a week now. I have a final supplement that helps keep my diabetes under control. It has taken two years, but I am a new person!At my last visit with my GP, he insisted that Dr. Anabtawi is not only a healer with his food supplements but an inspiration to see how positive a person I became. I now brag to my girlfriend who is 12 years younger than me that I am fitter than her! 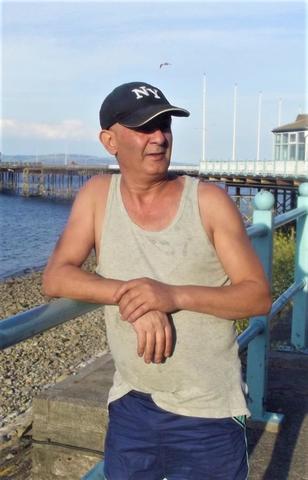 "Besides the multivitamins that helped with my cancer, it's the natural Viagra that works great for me because of my weak heart."

I am a 56-year-old retiree living in Wales. In 2018 I was diagnosed with stage one lung cancer. I was devastated.I’ve known Dr. Anabtawi for over 30 years I know he is an outstanding researcher with great innovation who was helping others with nutrition issues, so I contacted him. He went through my medical reports and started coordinating with my partner and I to find a way to help.He initially boosted my blood oxygen levels and proposed a vegetarian diet including fruit, vegetables, and root juices while cutting out refined sugar. He designed daily multi-vitamin capsules for me to take and provided explanatory charts of the vitamins and minerals that I am having in my both juices and multi-vitamins.Seven months later I was due for a medical review with my cancer specialist. The specialist had a real shock. She expected the tumour to shrink by 5% and that I would be starting Radiotherapy. But after testing me she found that the tumour had shrunk by 50%.I explained my diet changes and the natural supplements I was on with the vitamins, minerals, amino acids, and fatty acids I was taking daily. She was impressed and asked me to keep taking her medication and to continue with Dr. Anabtawi’s diet, which I did. We continued the treatment and after 17 months, my body was 100% clear of the tumour. I never even did Radiotherapy!

Later, I used Strength & Spices’ Memory Booster and Anti-Inflammatory mixtures which are superb. My memory is vivid, and my arthritis is improving too. The Anti-Anxiety Supplement helped me through my worries when I had cancer where I had to avoid taking chemicals through my body. I did not take any anti-depression drugs, only the natural products from Strength & Spices.Besides the multivitamins that helped with my cancer is the natural Viagra that works perfectly for me. I have had three heart attacks, so these capsules work perfect with my medical status of a weak heart. Dr. Anabtawi was a real life saver for me.

"l felt much better and within 4 weeks I felt like a different person."

When I first moved to the UK, I suffered a couple of health problems including having difficulty recalling information quickly and difficulty breathing, which was really bothering me. I saw five different specialists, none of which were able to solve the issue.I met Dr. Anabtawi at the centre where I teach here in Bradford 3 months ago. After learning that he has an alternative-therapy clinic nearby, I explained my concerns.For my memory loss, Dr. Anabtawi suggested his Memory Booster. The food supplement is 100% natural with no side effects. I took it for 3 weeks and I felt much better. It improved my ability to recall information quickly. The capsules also stopped my dandruff and made my overall health better. When I discussed this with Dr. Anabtawi he told me the supplement is rich in amino acids ‘the backbone to protein production in the body’ and that will improve the immune system and make the body behave better.For my second more serious problem, he diagnosed me with Dyspnoea which is difficulty breathing. Dr. Anabtawi found a solution that five specialists here couldn’t. He treated this by reducing an 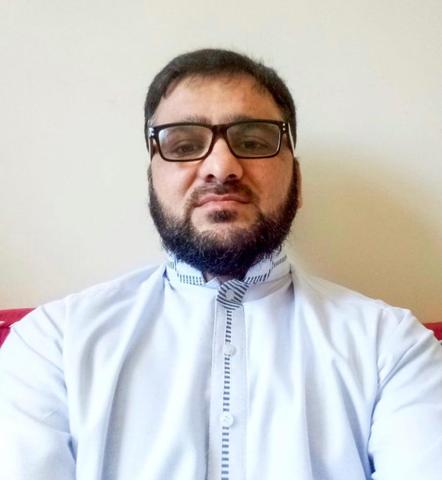 inflammation in my respiratory lining by giving me Anti-Inflammatory capsules, and two different food supplements – Anti-Anxiety supplements along with   the Turmeric Capsules to increase both iron and protein to my immune system. l felt much better and within 4 weeks I felt like a different person.